skip to main | skip to sidebar

It is always nice when we can step outside of the mundane day to day shop operations to have some fun with our co-workers! After all, we end up spending more time with them than we do our own families some days! 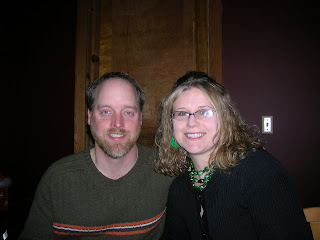 We started off at Carp's Landing downtown Lake Mills for a delicious meal and some spirits! 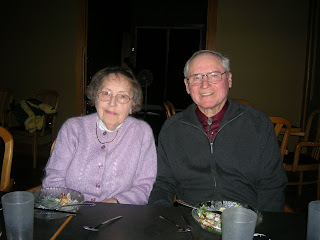 Hail to our Founder & Chief! Despite the short notice, Cliff and Vi came out to celebrate with us at dinner. We were honored to have them in our presence! 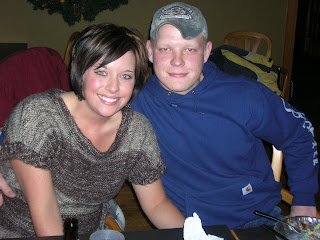 Jon Hendricks & his long-time girlfriend, Kendra joined us for dinner, then had to get going to spend some time with Chris, Jon's brother, visiting from Arizona. They just returned from a trip down to Kansas to visit Kendra's grandfather. 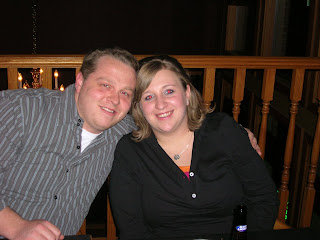 Our high-spirited office girl, Shelli and her fiance, Derek. There are some questionable photos that I really wanted to put on, but we'll have to save those for the "shop-only" photo album! Let's just say they met some new friends, Penguin & Snowman! 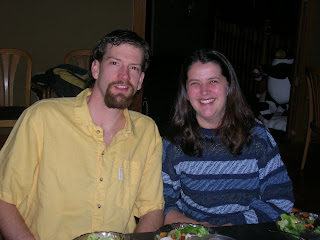 Our "bean-counter," Tracy and her proud husband, Chris. Oh, you thought I meant proud to be her husband...actually, Chris bagged a 10 point buck earlier in the day, hunting with Dan. I would have to attest that he really is proud to be Tracy's man as well! We were sad that our little mascot, Andrew, was not able to join in the fun. He probably was having more fun with Grandpa playing trains, anyway! 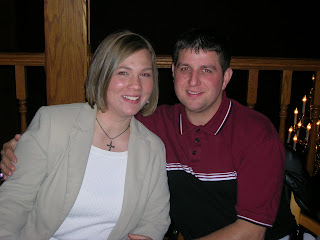 Jason "Thomanator" Thoma and his lovely wife, Jessica. The Thoma's were out for a night on the town, taking a break from their three awesome children (Marcus, Matthew, and Meggie). They are the true "life" of the party! 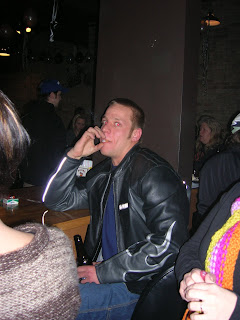 Joe Hendricks. No, I didn't type wrong. Joe and Jon (shown above) are 2/3 of triplets. Joe worked with us a few years back, then moved away by his brother in Arizona for awhile. Not sure where we'd be without him, he's become a "Joe" of all trades around the shop. If his aspirations didn't include full-time firefighting, he'd have a permanent home at Topel's! (by the way, he's showing you that the video poker was a smokin' hot game!) 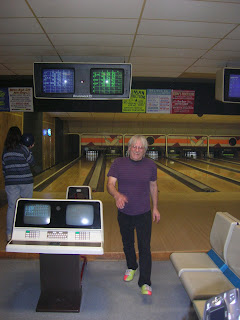 And then there's Chuck. The man that sheepishly agreed to go bowling...THEN KICKED ALL OF OUR BUTTS...(well, not mine in the first game, but that was just pure LUCK!!) Chuck is the employee that has been around the longest and wouldn't you know, I think he was the last one home for the night as well. Work hard. Play hard. Period. Chuck has a passion for being the sound man for bands on the weekends, so it was a treat to be able to have a night off to party with us!

Missing from the nights festivities were Billy Radke, who attended a wedding down in Illinois & Rod Null, who got thrown off by my poor communication that I mentioned earlier! We were sad that our goal of EVERYONE making the party didn't get met, but they were with us in spirit (and Dan enjoyed an extra steak)!

Looks like 2009 is starting off on the right foot...good times to be had by all!

And I think it was great of Jason to take the torch, passed on from Jon just a few years ago!
Posted by The Topel's at 7:49 PM No comments: